How I Came to Write Reliance, Illinois 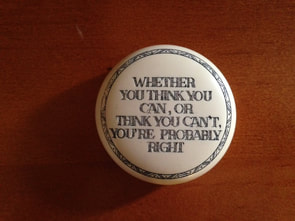 It took me about a year and a half to write my first novel, Crown of Dust, and another two years before I saw it published. I was grad student with time and no money, living in other people’s spare rooms and I wrote with a naïve faith in the story and in my ability to tell it. I did little but research, write and rewrite, working with an obsessiveness that will surprise no one who knows me. This writing thing, I figured, I can do this! I had no idea it would take me seven years to finish my next book, Reliance, Illinois.

What happened? Life, I suppose. For a hefty fraction of the time between books I did write in a state of purposeful inspiration. I also got married, took my first full time job, and banished two other novels to the recycling bin. Oh yeah, and I had a baby. On top of this I enjoyed an intense and prolonged a case of research luster, a debilitating authorial disease in which a writer mistakes reading and taking notes for the act of creation. Then I wrote and rewrote the first chapters until I was so happy with them I couldn’t bear to move beyond the radiant promise of the novel in my head, to the messy draft work out of which stories are born. In short, I was afraid of screwing up. Of failing.

Strangely enough, it was having baby that helped me overcome this paralyzing perfectionism. As a new mom, I was too exhausted to be perfect. I let my imagination and my unconscious mind take over (the only mind I had left after a few hours of sleep a night). The result, Reliance, Illinois, is better book than I could have written if I had continued trying so hard.

Maddy, her mother Rebecca, Hanley, Miss Rose, Mrs. Dryfus, Mrs. French, even nasty old Melborn Stockwell are real to me. And as flawed, brilliant, needy, brave, arrogant, naïve, and bumbling as they revealed themselves to be, I grew to love them. I don’t expect this of you, of course, but I do hope you enjoy the story they gave rise to.